Books: Too Much Tuscan Sun 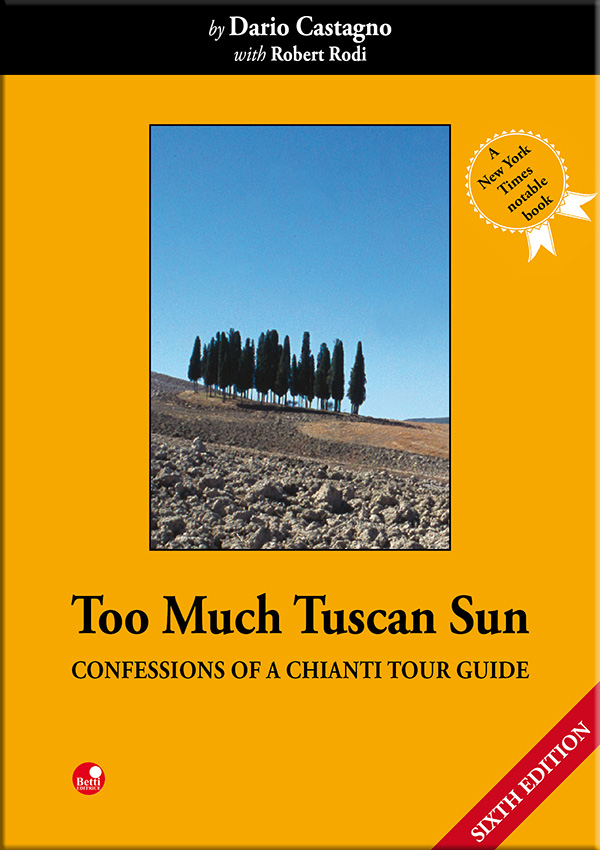 Too Much Tuscan Sun

Confessions Of A Chianti Tour Guide

Over the past several years, “The American in Tuscany” has become a literary subgenre. Launched by the phenomenal success of Frances Mayes’s Under the Tuscan Sun, bookstores now burgeon with nimble, witty accounts of this clash in cultures-Americans trying to do American things in Italy and bumping against a brick wall of tradition.

Before this subgenre exhausts itself, it’s only fair that we hear the other side of the story-that of a native Tuscan and of dozens of Americans who have stormed through his life and homeland, determined to find in it whatever they are looking for, whether quaintness or wisdom, submission or direction.

There is no one better to provide this view than Dario Castagno. A Tuscan guide whose client base is predominantly American, Dario has spent more than a decade taking individuals and small groups on customized tours through the Chianti region of Tuscany. Reared in Britain through early childhood, he speaks English fluently and is therefore capable of fully engaging his American clients and getting to know them. Too Much Tuscan Sun is Dario’s account of some of his more remarkable customers, from the obsessive and the oblivious to the downright lunatic.

Dario also intersperses an account of his own life and times-that of a transplanted British “little lord” who learns to love the wilds of Chianti; of his discovery and adoption of abandoned peasant farmhouses; of his apprenticeship in the wine industry; and of his arduous transformation from bohemian layabout to thriving Tuscan guide.

The Bromide In The Soup

A Day in Tuscany
Scroll to top