Books: Too Much Tuscan Wine 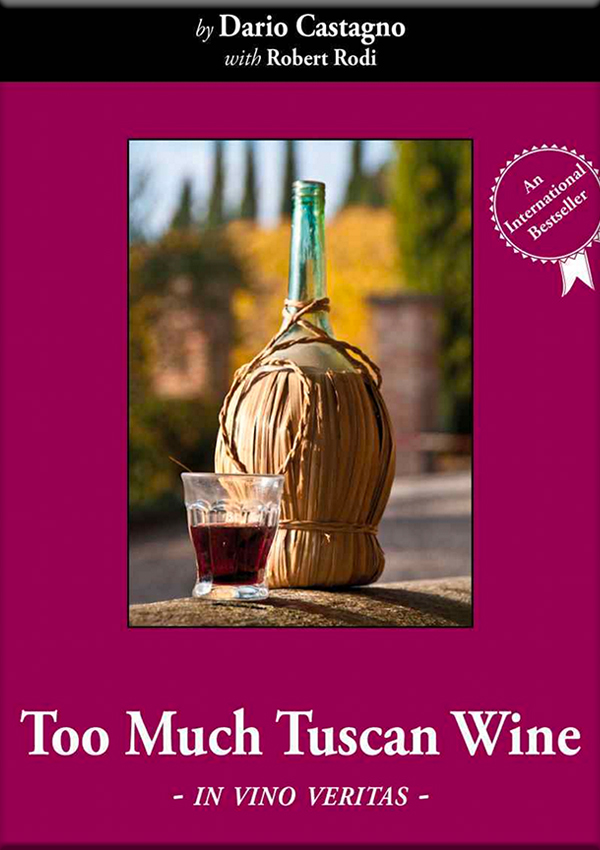 Too Much Tuscan Wine

With his third book, Too Much Tuscan Wine, Dario Castagno decants another spellbinding volume about life in a place where the everyday can still be infused with magic and marvel. It follows up 2007’s A Day In Tuscany, and his first book, Too Much Tuscan Sun – Confessions Of A Chianti Tour Guide (2004). The New York Times called that popular title, “an “engaging jaunt into the Italian countryside.” Publisher’s Weekly deemed it, “Brain candy to be enjoyed with a bottle of red.” A case of red is in order for Too Much Tuscan Wine, which celebrates the region’s viniculture and those who joyously imbibe it.

Vintage Castagno, the memoir is a heady flow of real-life adventures in which copious amounts of “vino rosso” propel the narrative, which begins when he is contacted by “Mia Lane,” an American editor who proposes that he write a book about Tuscan wine. As the manuscript develops, so does the depth of feelings expressed in Dario and Mia’s e-mail correspondence. Part muse, part mystery women, she captures his imagination and eventually his soul when her true identity is revealed. Castagno’s latest overflows with humor, reverie, romance, adventure and a heartfelt toast to Tuscany, where more than the landscape is lush! Each copy of the book can be signed by the author-personally inscribed-upon request with your order.

A Day in Tuscany

The Miracle of Belpoggio
Scroll to top